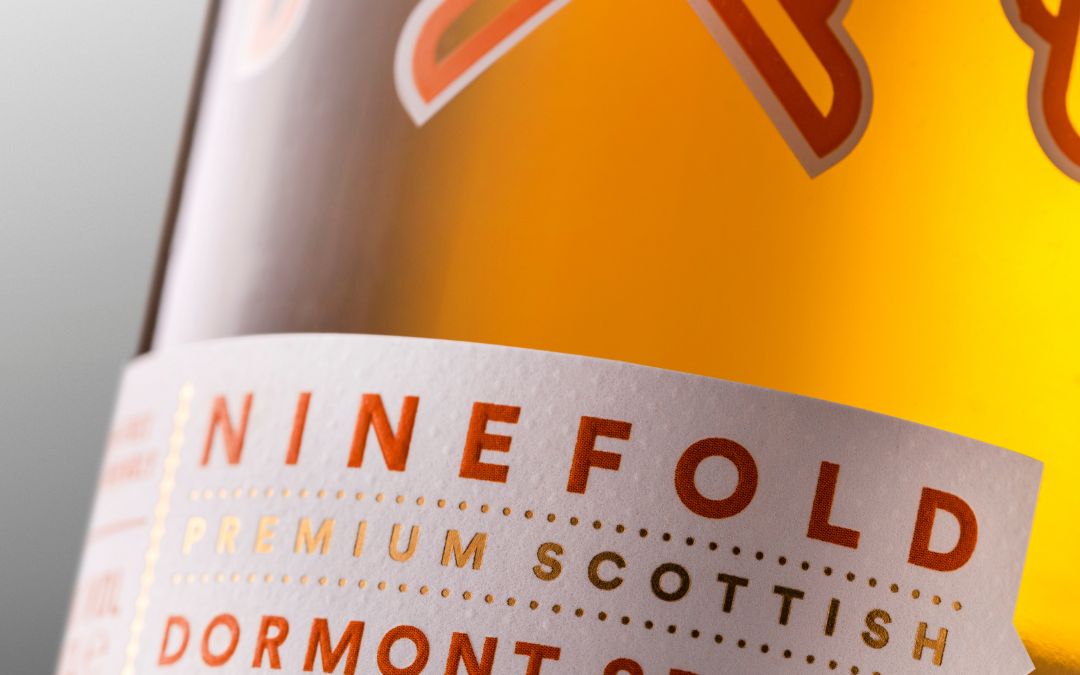 Craft Rum Club has launched Dormont Spiced Rum the newest release from Ninefold Distillery to our members who were lucky to taste the very 1st batch. Ninefold is a small artisanal Scottish rum distillery in Dumfries & Galloway. Thier small-batch Scottish spiced rum Dormont Spiced is made entirely from scratch by owner/distiller Dr Kit Carruthers. A blend of imported sugar cane molasses is fermented for three to four days, before being double distilled on a handmade Scottish 500 litre copper pot still. The resulting rum, which comes off the still at around 90% ABV, is reduced down to bottling strength with water, rested for up to a week, and then naturally flavoured with nutmeg, allspice and star anise. A little soft brown cane sugar is used to slightly sweeten and darken the rum, with some colour adjustment made with caramel colouring. This whole process takes about two weeks, with the rum being bottled and hand labelled, at the distillery, making Dormont Spice a truly artisanal and authentic Scottish spiced rum.

Inside our February Box;

RUMSPIRATION MAGAZINE is celebrating British month and has articles featuring our rums of the month, x7 cocktail recipes including ingredients to build our cocktail of the month, food corner, interview with Wes Burgin AKA The Fat Rum Pirate and Craft Rum Club Radio hosts an electric mix by DJ Steve Nash of the loading bay crew.

The award winning base spirit, bottled and sold as Ninefold Pure Single Rum, has lots of butterscotch, caramel, molasses and some smokiness and vanilla on the nose. On the palate, it is almost buttery in mouthfeel, retains the caramel with some citrus and sweetness, and has a peppery spiciness on the finish. Dormont Spiced retains all these notes and flavours, but builds on them with complimentary nutmeg and allspice, and a dash of anise before the pepperiness kicks in. The brown sugar rounds out the mouthfeel and flatters the strength of the rum. Beautifully drinkable on its own, it also shines when mixed with fresh apple juice, pineapple juice, or cola with a squeeze of lime and plenty of ice.

Ninefold Distillery lies at the heart of Dormont Estate in Dumfries & Galloway, on Dormont Home Farm. The Dormont branch of the Carruthers family have stewarded and worked this estate in an unbroken lineage for over 450 years, with Kit being the latest in line to be heir to the estate. The estate is a traditional mix of farming, forestry, rented cottages and fishing tourism. The distillery is therefore the latest diversification move by the estate, helping put back into use some beautiful old buildings that had fallen into disuse. The distillery logo – a six-winged angel, or ‘seraphim’ – is the Carruthers family crest and takes pride of place on the front of each bottle of Ninefold rum. The name ‘Ninefold’ comes from medieval angelology, where the seraphim is the highest order of the nine celestial attendants.

The still house at Ninefold Distillery is set in a newly converted 150+ year old stone cattle byre, and has just about enough room for the rum production. There is a second building on the farm which is the bond (also a converted cattle shed), and this has space for approximately 300 casks. Currently there are just 10 casks quietly maturing away, but the distillery plans to ramp up production in 2021 and start building some beautiful aged rum stock. A single cask of one year old rum was released in September 2020, with more releases planned for later in 2021.